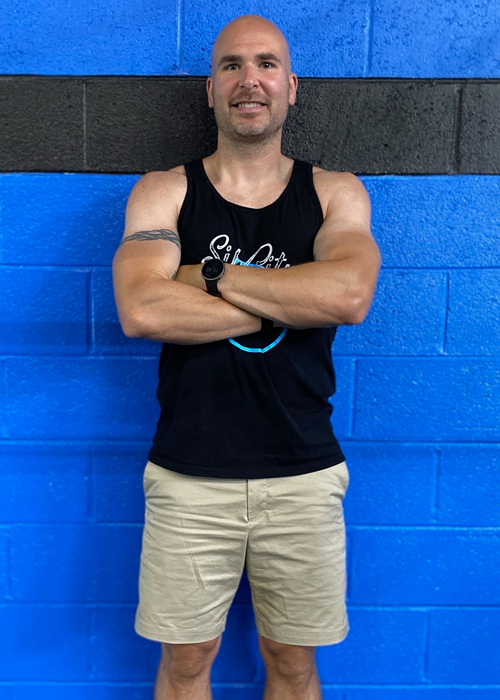 Stephen is a coach at Silk City Fit. Stephen graduated from the University of Connecticut School of Business in 2005 with a BS in Accounting. During high school Stephen played organized basketball and mountain biked during his free time. He always made it a priority to be active in the gym community but continually  found the traditional gym routines and boot camp style workouts to fall short of the results and extra challenge he was looking for. This led Stephen to try CrossFit in 2012 and from there he has never turned back.

After three years of competing and training in CrossFit, Stephen became a coach at TBL. Stephen noted that his personal goals changed over time and transitioned more towards helping others achieve their goals, yet he still competes as often as possible and has remained consistent as an athlete, coach, and now owner.

Stephen loves the fact that after a long day you can always come to the box and meet with like minded people. The community at Silk City Fit is like no other. The members and coaches push everyone to do things they never thought possible. It’s truly the members that hold everyone accountable and Stephen finds that to make the gym truly different from any other.