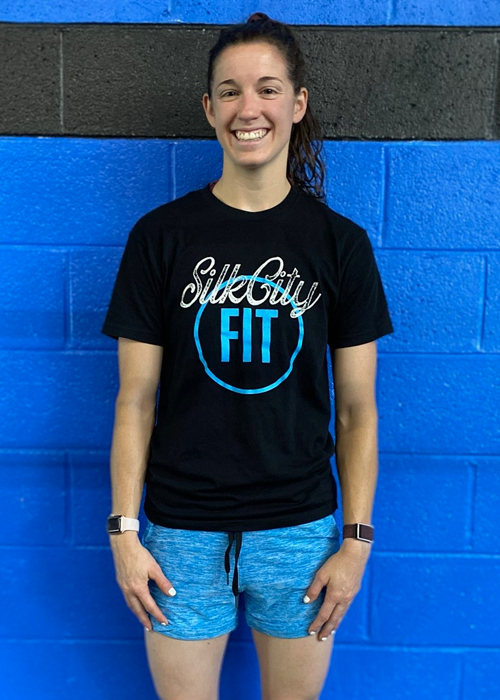 Sara is a co-owner and coach at Silk City Fit where she has also been a competitive athlete. Sara was a member of the CT Olympic Development Soccer Team while a student-athlete at Manchester High School.  It was here she first became introduced to Olympic weightlifting and grew to appreciate the importance of a gym and the overall mental, physical, and emotional benefits it provided.  Sara then received a scholarship to play soccer at Stonehill College (MA) where she played every minute of every game and received numerous All-Conference, All-New England, and All-East Region accolades each year..

Upon completion of college with her BA in Criminology, Sara began the CT Police Academy and has now been a full-time police officer for five years. In the Spring of 2017, Sara also received her Master’s Degree in Public Administration from the University of Connecticut.

With a college athletic career behind her but her drive to compete still present, Sara found CrossFit to be the only activity to not only successfully, but exceedingly, fill that void. Shortly after beginning her CrossFit career she became a coach at SCF.  Sara’s favorite aspect of CrossFit is the life that it brings to her, the members, and the environment.  She loves that everyone can come in as they are, scream, sweat, cry, laugh, and cheer, and leave even more fulfilled than when they walked in.